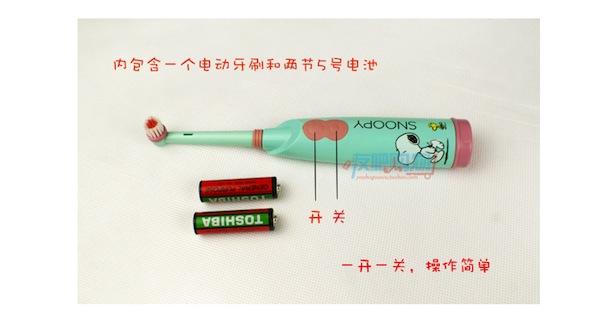 When I was in college, I spent about a year working at a toothbrush factory. At least, that’s what I called it. I was actually a graphic designer, designing the pieces that go on the end of electric toothbrushes – like I would design the Barbie or Hello Kitty or Spiderman on the toothbrush (we did normal toothbrushes, too).

We were a small company in a small town in Texas that had just been bought out by a huge company. It was just three or four of us in a big building with all these empty cubicles. There was one room full of sample electronic toothbrushes, so that’s what all of my friends and family got for their birthdays that year – electric toothbrushes with Power Puff Girls or Hello Kitty on them. Guys got Batman or Hot Wheels toothbrushes.

This was deep in Texas and my manager was very Texan. She had huge blond hair and a very strong accent. Her name was Cheryl, which she pronounced “Chair-yl.”

Most of the production took place in China and we were always making phone calls overseas. My best friend lived in Australia so I would use the phone to call her – no one ever asked about the long distance fees because so many of the company calls were overseas. I’d call her up and say, “It’s me! Calling from the toothbrush factory!”

I once got in trouble for talking on the phone too much, but never because I had called my friend in Australia from work.

That design job paid pretty well, but I left after I graduated from college. I heard all the designers got transferred to the company headquarters in a different state, but not Cheryl.

I do sometimes wonder what happened to Cheryl.

Paige is a graphic designer in Houston.