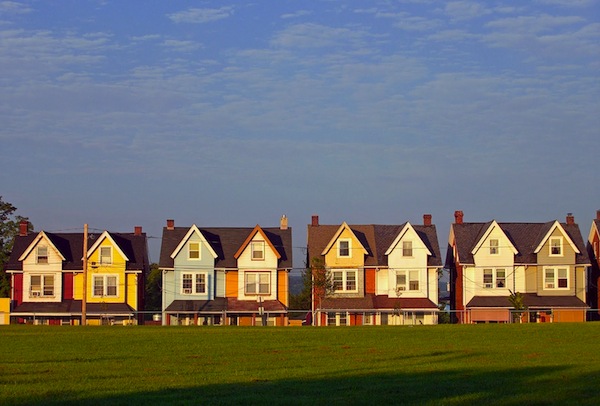 As a wandering Irishman always in search of potatoes, I’ve been around and I’ve had quite a few jobs… most of which seemed like a form of cruel and unusual punishment.

I’ve sat in offices with screaming babies whilst I shout down the phone that, no, everything is not okay and, yes, it does seem like every day is “bring your daughter to work” day. I’ve been in kitchens where a chef (albeit “jokingly”) held a knife to my neck for being “too cocky” with the dishwasher (again)!

But easily the worst job was the one I had for a single day during my spell living in Australia.

I began my work as a door-to-door salesman by heading into Melbourne suburbia armed with a forced smile, a flashlight and a metal stepladder. The stepladder was to check people’s attics — my fellow salesman and I were trying to convince the good people of Australia to insulate their homes and that we were the company for the job.

I had found the job through a friend of friend who assured me that the job was easy money –guaranteed! — even though it was a commission-only job (he also said this right before I coughed up the cash to pay for my own ladder).

Unfortunately, the day before I embarked on my new and exciting career, national news stations aired a segment on how the new insulation (the very kind we were selling) had been linked to several house fires.

Overnight, my “easy” job had become the equivalent of trying to sell bottled water to the passengers on the Titanic as it sank. What I was selling, nobody wanted!

Things got worse. A lightning storm broke out over us, which is not only inconvenient but pretty dangerous when you’re carrying a metal-ladder-shaped lightning rod. Being the quick-witted lads we were, we dropped them on the spot, and ran around the corner to find shelter in someone’s garage.

Fifteen minutes later, we returned to find our ladders had been stolen. Someone had obviously watched the whole thing unfold outside their window and nonchalantly trotted outside to collect the spoils of a fruitful Tuesday afternoon at home. F#%&!

The day ended with an awkward phone call as I had to explain to our boss that we had managed to lose our ladders. After a day of getting the door unceremoniously slammed in my face, abused and almost electrocuted, I decided to call it quits. I phoned my old boss and got back to my old job back and headed back to my equally bad old job with my tail between my legs.

And despite not earning a cent that day, I was still down 100 quid (or $170) thanks to the ladder thievery. I’ll always have a general distrust of anyone who tells me, “Not to worry — easy money!”

Declan is now a landscape architect living in the UK. He is still bitter about the stolen ladder.