“Don’t rest all of your life expectations on one outcome. When you have no expectations, you don’t lose all that money on wasted ribbons and polo shirts. I flew to Beijing without knowing a thing about what to expect or what to bring. Granted, I also had to live without deodorant and the correct prescription contact lenses for two months, but I survived. And so will you! Even if you don’t get into your program, there will always be other ways to get to Paris and other ways to change your life.”  – Jess to Rachel, Graduates in Wonderland 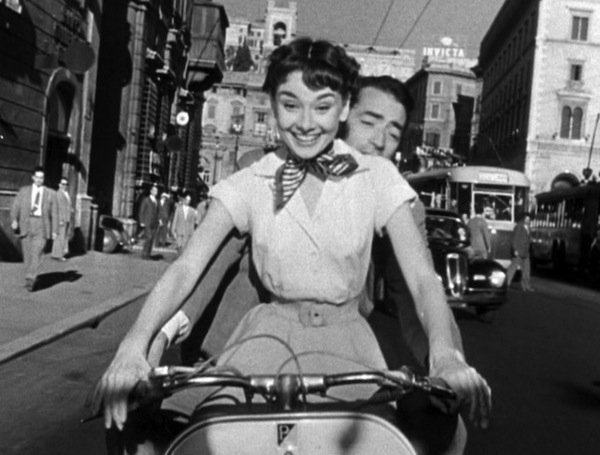 Some people swear by over-preparing for a big adventure. My friend and co-author Rachel wrote about why she thinks everyone should thoroughly research and plan out every step before moving abroad, but that’s nonsense.

Pick a place, pick a purpose, book your flight and go! Just go. Don’t read a travel book. Don’t search on every forum. Do not take a language class. GO! Now. Put your shoes on and get out of town. You should get to your destination with as little research as possible…

1. Because you will not be disappointed

The day I flew into Beijing, it was hot and smoggy. So smoggy that I couldn’t really see the tops of buildings. I was dumb enough to think this was fog and therefore was not saddened upon my arrival (and it did clear a few days later, revealing blue skies). If I had known it was pollution, I probably would have cried into my noodle soup. I didn’t know the good neighborhoods to go to, but everything was a marvel. The street food vendor cracking eggs into pancakes? So cheap and delicious! Elderly Chinese people doing Tai Chi in a park? It’s so beautiful. That baby is walking around wearing no pants because diapers aren’t really a thing here? Fascinating. And truly, I was fascinated because I did not know about any of these things before arriving.

As the Chinese say, “Ignorance is bliss, ’tis folly to be wise.” Actually, I don’t think they were the ones who say that. No matter. Whoever said it, they got it right.

2. Because only when you are desperate will you work hard and take risks

I did not know Mandarin, which meant I had to learn the language — fast. I threw myself into studying, because that was the difference between eating pigs ears and eating Peking duck, between ending up on a country road selling eggs for the rest of my life or making it home to my apartment. It also meant that when I heard English being spoken, I latched onto the speaker like they were my best friend and we had just been reunited after 50 years spent apart on opposite sides of the world (this is great way to make friends).

Once I randomly ran into the cutest guy from my college during my first month in Beijing. I was feeling very alone in the city and so I boldly walked over to say hello. He immediately hugged me, hard. This guy didn’t even know my name at Brown and yet, here he was, arms wrapped around me. In Beijing. During a summer rainstorm. It was awesome. I’m so glad that moment happened, and you will be, too.

If you’re fluent and a comfortable know-it-all, life will be too easy and less exciting.

3. Because you could become too afraid to go

If you do too much research, you may talk yourself out of it. No matter what your destination, there will always be some negative aspect that grabs headlines. Exciting Spain? Bad economy. Breathtaking landscapes in Iceland? Too expensive. At least one person you talk to will hate where you are going. Another one will want to come with you. Your parents’ friends will scoff. Bottom line: What other people think doesn’t matter, but if you think about it too much beforehand, it could start to get to you. There will always be a reason not to go. If you dwell on the decision too much, inevitably you will lie awake and think, I’ll just move to, let’s say, Boston. Everyone I know is moving to Boston. This is obviously a good idea.

It is not a good idea. Do you know how cold it is in Boston?

4. Because you can’t plan for the unexpected, so don’t even try

No matter how many guidebooks you read or forums you scour, you will still be thrown hurdles. You might get mugged. You might get lost. You might get food poisoning. You might meet the “love of your life” and then realize that he is a mature-looking 18-year-old boy. It’s so much easier to face these things when you haven’t planned everything to within an inch of your life. I say, go in with no expectations and you’ll be nothing but surprised and shocked (in a good way).

Before I flew to China, I was convinced I needed to find a job before I arrived, so I applied to a program looking for Americans to teach English to Chinese children. When I arrived, I discovered the school was miles outside central Beijing and that the last thing I wanted to do was spend my days teaching English. Instead, I went out and met people and eventually found my way into a magazine job.

See? I made plans and the Gods laughed at me, just like the Yiddish saying warned. Plans are for suckers.

5. Because everything will blow your mind

I did no research on China before I went. My dad is Chinese, so I felt like by looking Chinese and occasionally eating Chinese food, I already knew too much. Imagine my surprise when I arrived to a culture in which spitting on the ground was commonplace. This did not disgust me. This intrigued me. I loved the taxi drivers who all carried a thermos of hot tea. I made Chinese friends who ordered plum juice. Have you ever had fresh plum juice? It is amazing. What about steamed pork buns sold on the street? What about coming across a group of elderly couples dancing in a temple’s square at sunset to music blaring over speakers? (I’m sorry to contradict my argument and ruin these China surprises for you — but there are endless more surprises that I’ll let you discover on your own, as you should — put down that travel guidebook).

If I had known about these things before, the excitement would have been muted and each discovery would have instead been a “Oh yeah, I saw Anthony Bourdain do that.” I prefer my discoveries untainted. Yes, yes, it’s true, I did not know where to find deodorant or contact lenses my first few months in Beijing. But as I tell Rachel in the book, I survived. And so will you.

P.S. I mean, get a visa, though. If you can’t even get into the country, the adventures definitely won’t be happening.

Graduates in Wonderland, an epistolary memoir between two friends living in Beijing and Paris is out now.